M-7 Technologies: Transforming a Family Foundry into a Digital Pioneer

In 1985, Michael Garvey got a phone call that changed his life. His father was critically ill. It was his turn to come home and run the family business in Youngstown, Ohio.

“My grandfather started a bronze foundry to service the 23 independent steelmakers in this area in 1918. And he was very successful up to the Depression. And then the Depression took him into some financial challenges. Shortly after World War II, my father joined my grandfather and built a very, very successful business, servicing steel mills, primary metal producers in a 400- to-500-mile radius of Youngstown. And then in the 1980s, everything collapsed,” says Garvey.

Garvey was about to find out just how complete that collapse was. He quit his job on Wall Street and headed home. He was 24. His father was in isolation in the hospital for months. And the family foundry was bleeding cash. “We were beyond the brink, we were insolvent,” says Garvey.

Starting in the early 1900s, Youngstown was a bustling industrial center for coal and then steel. Youngstown’s steel mills were so prosperous that the city became the embodiment of the American Dream – with incomes and home ownership rates among the highest in America. But when the steel industry began collapsing in the 1970s, Youngstown became a national symbol for the death of the middle class. In 1977 the Campbell Works mill closed. In five years, Youngstown lost 50,000 jobs and $1.3 billion in manufacturing wages. Hundreds of businesses like Garvey’s went under. Countless families lost everything. And the Garveys came very close when disaster struck shortly after Michael took over the foundry. 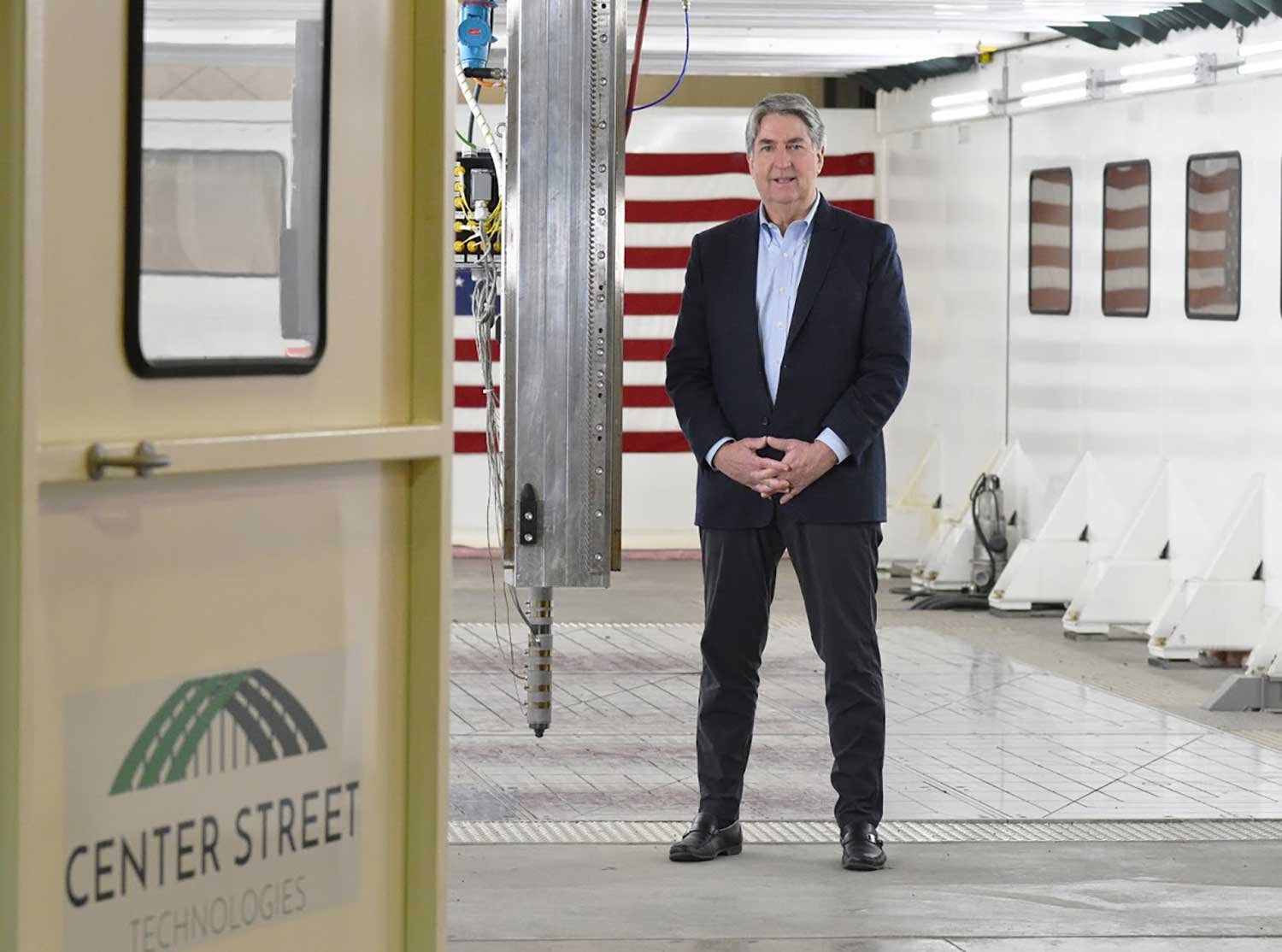 “We had a disastrous fire that wiped it out, burned it to the ground. And we were left with a very small machine shop that only had two or three people working at it at the time. So, we made the decision not to rebuild the foundry, and I transitioned to the machine shop. I didn’t know anything about a machine shop. And so that learning curve was very steep for me. And through that learning curve, I met some different people and I realized that measurement science was the key to an effective and successful machine shop,” says Garvey.

That’s when the company began to transition into digital technologies – purchasing machines that could accurately and precisely measure parts.

“I learned from my father from the bronze casting industry that the key to his success was focusing on product life cycle, and measurement, fit and function. We transitioned that thought process into all mechanical operating equipment using up to date, very leading-edge digital technologies to measure items. Then we applied that to steel, iron, and aluminum and we were able to extend the life cycle of parts for our customers, thus creating value without increasing price,” says Garvey.

It seemed like a risky move to invest in expensive digital equipment when the company was insolvent. But Garvey says it was the only choice. It was change or die. It took 10 years to turn the company around, but the risk paid off.

“It’s not just the risk, it’s the energy, the perseverance, the 100-hour weeks, the sleepless nights. But, yeah, they’re definitely paying off. When I came back in 1985, we had three employees across the machine shop and the foundry. We were doing, it’s almost embarrassing to say, probably $100,000 worth of business a year, and we were sinking rapidly. Through all of these transitions, now, we have approximately 50 employees. And we’ve grown our revenue at about 18% a year, year over year, for the last 35 years,” says Garvey.

That growth has been fueled by continuous innovation and investment in Industry 4.0 technologies that merge the cyber and physical worlds in manufacturing. Garvey now has three companies. M-7 Technologies is a manufacturing engineering research company. Grale Technologies does digitally based measurement. And Center Street Technologies focuses on large-scale 3D printing, also known as additive manufacturing.

“We are a company in the United States that pioneered using portable coordinate measurement machines. We also have in-situ measurement technology that we developed here. I’m talking micron level, which is splitting your hair about a hundred times. That’s the tolerance that we’re holding on our measurements. And then we have our large 3D printing company,” says Garvey.

In fact, M-7 has one of the largest 3D printers in the world – so big you can park a pick-up truck inside. It uses large-scale 3D print technology developed by another Youngstown company, Strangpresse. It melts thermoplastic pellets and then sprays them out of a huge nozzle to build things to minutely detailed specifications. The scale of the printer and its sophisticated additive manufacturing capabilities to integrate sensors into parts has opened up huge opportunities in aerospace and defense.

Symbolically, the first thing Garvey made in the world’s largest 3D printer was a bridge, literally connecting manufacturing to technology. A bridge from the hard times of the past into a future where Youngstown is again famous for something good. After seeing it transform his company’s future, Garvey is now a true believer in the potential of digital technology.

“If we don’t embrace Industry 4.0, investments will not be made here in Northeast Ohio. So, we’re basically condemning ourselves to a future of destruction, of decline, of not being able to continue our heritage and our tribal knowledge. We won’t be able to pass that to the next generation. And that would be a huge loss, not only for this area, but for the nation as whole,” says Garvey.

3D printing could add an estimated $4.5 billion to the Northeast Ohio economy.

Unfortunately, Northeast Ohio is not adopting Industry 4.0 fast enough and MAGNET’s 2020 survey of manufacturers revealed the region is falling behind. When it comes to digitizing operations and maximizing the use of intelligent machines with applications such as cobots, smart products, big data, and 3D printing, most manufacturers aren’t using these technologies at all, or they’re just starting to. And making investments in technology sits near the bottom of the priority list for most companies. Garvey says this underscores how challenging it is, particularly for smaller companies, to leap into the enormously complex world of Industry 4.0.

“Well, quite honestly, I understand the challenges because part of the definition of a small business is being overcommitted. Let’s reduce the commitments that keep us all up at night. I was there. I understand that problem. You just have to be persistent. We can be a global leader in Industry 4.0. We have everything here except the ambition. We create the ambition, then we’re off to the races,” says Garvey. 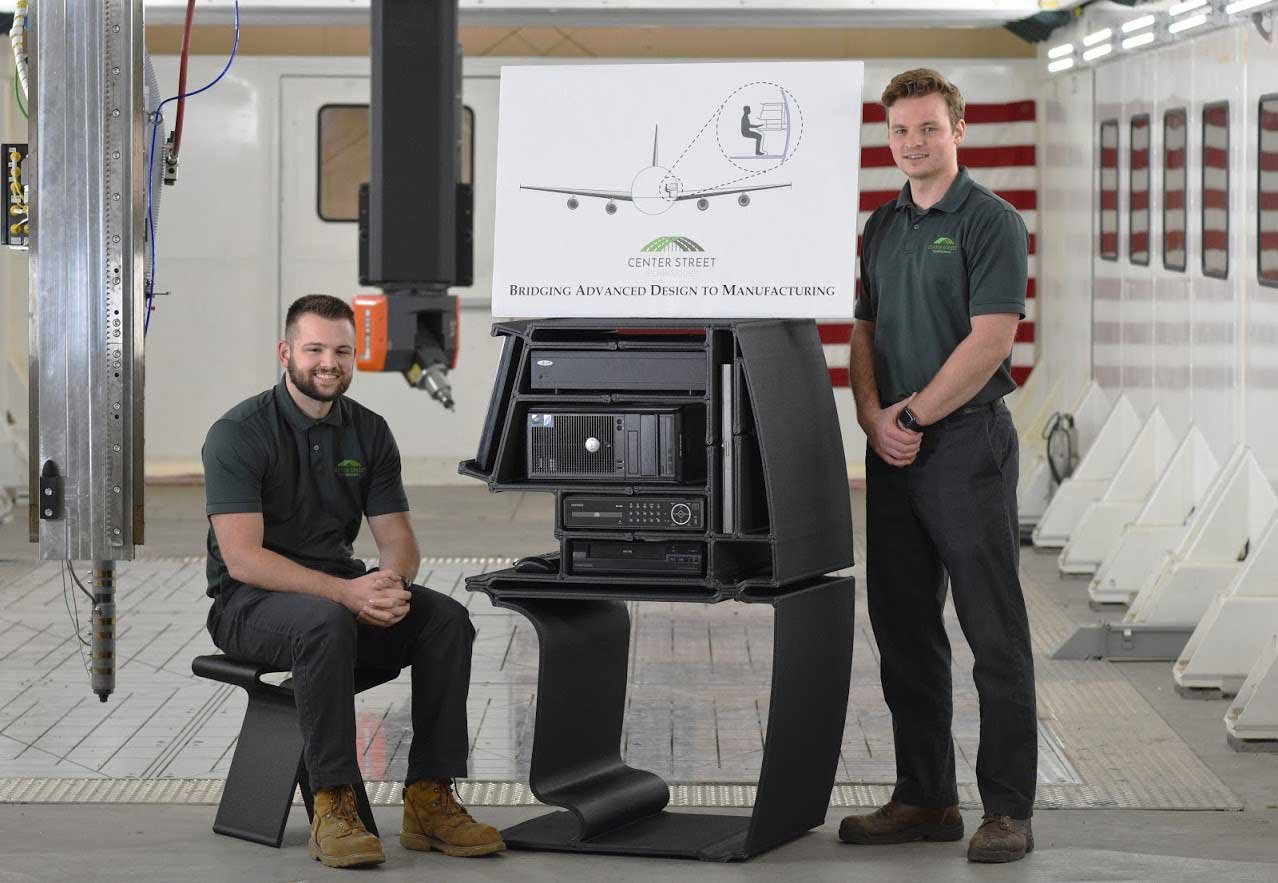 Garvey says the key for him was recognizing that manufacturing is not a solo sport. Once he began collaborating and getting advice from other manufacturers, research organizations, government think tanks like America Makes, and vendors – it opened up a world of expertise. He believes the other key is to reset your horizon and change how you think about risk.

Garvey is currently working to introduce more robotics and automation to his company. After 35 years of nearly constant change and innovation Garvey has absolutely no intention of standing still. He has earned the distinction of several world-first innovations and accomplishments, but what makes him proudest is that his family company is still going, still moving forward. And that his father lived to see it.

“He saw the very beginnings of it. And I think that he was very peaceful after all of the challenges he had for the last 15 years of his career. I think he passed away very peacefully and very confident that we were going to make it,” says Garvey.

And not only did M-7 make it. They continue to make it better – using 3D printing, digital measurement, and all kinds of innovative technologies to connect manufacturing to a bright new future. 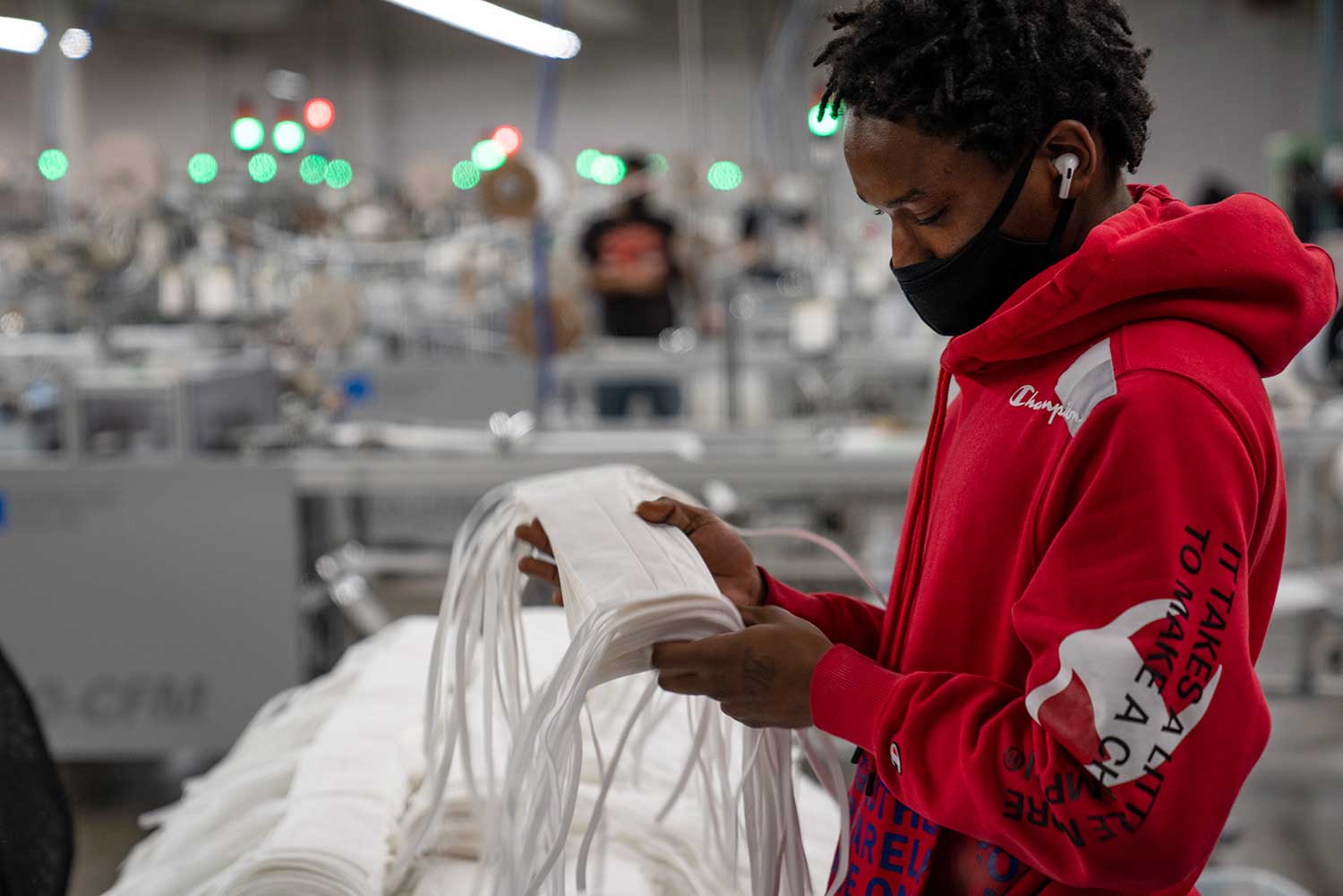