Bettcher Industries & Exsurco Medical: Leapfrogging from Meat to Medical with a Smart Risk on Innovation

In 2008, someone called the switchboard at Bettcher Industries. It regularly gets calls from around the world about the cutting tools it makes for meat processing plants. But this call was different. It was so strange it would have been easy to ignore as a prank. But it actually spawned a new company and an invention that’s saving lives. Sara Ann MacKinlay, President of Exsurco Medical, recalls the moment that’s become part of the company’s founding folklore.

“It was a tissue banking professional who asked the question, ‘Do you sell products that could be used for recovering human skin?’ I guess you can imagine the shock and surprise of someone on the customer service line. And the part of the story that I really love is rather than saying, ‘No, we don’t do that. You’ve got the wrong number,’ that spirit of ingenuity and innovation was, ‘Let me connect you with our engineers. They might have an idea on how to help you,’” says MacKinlay.

Bettcher invented the first mechanically powered hand-held meat trimmer back in 1954 and it’s been innovating ever since. In fact, in 2016 it opened a dedicated Innovation Center at its global headquarters in Birmingham, Ohio. The company’s strong culture of innovation meant that when someone called with a problem – no matter how strange – the response was entrepreneurial: “How can we solve that?” The person who called Bettcher that day in 2008 worked at a tissue bank, an organization where people donate organs when they die, including skin that can be used to help people who need grafts. The tissue bank worker had a serious problem he couldn’t find an instrument on the market to solve – until he saw Bettcher’s unique circular meat trimmers. 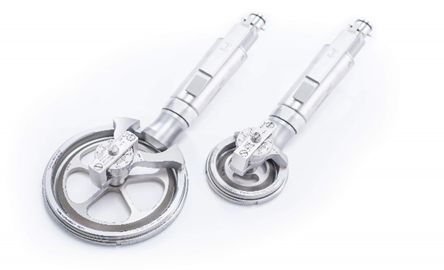 “He was really describing the problems that they were having in terms of recovering and maximizing the gift of skin from donors. The current product they were using was sub-optimal, wasn’t meeting their needs, and Bettcher’s engineer developed a great relationship with this prospective customer and a product concept was developed,” says MacKinlay.

Bettcher saw an unmet need and a chance to use its expertise in a new industry. So, it incubated the idea for several years. After much research, iteration, prototyping and a strategic hire from a Cleveland-based tissue bank (plus a $1 million government start-up grant from Ohio Third Frontier) a product called the Amalgatome ® MD was born. It was a big leap from meat to medical, so it was time to spin-off a new company.

Moving into the heavily regulated world of medical devices meant building Exsurco from the ground up – a new state-of-the-art facility in Wakeman, Ohio, and a team with deep medical expertise. Bettcher’s support as a parent company was invaluable during this early stage, recalls MacKinlay.

“Medical device is not for the faint of heart. It requires investment. It requires change management. It requires a very different commitment to building infrastructure, processes and process controls. There was really this mentality of, build the team, get the right leaders in place, and go forth and prosper. To me, that’s the ultimate empowerment. And I think that’s really what has led to our success.”

In 2013, the company launched the Amalgatome ® MD to tissue banks across the country. Its electrically rotating circular blade can recover sheets of skin with unprecedented precision, and it’s been called the most significant innovation in this space in 50 years.

“Previously, tissue banks weren’t able to recover as much of the donated skin and it was very frustrating. It was a very difficult process. With the Amalgatome ® MD and a completely different mechanism of action, they are now able to recover more skin from hard-to-access areas of the body and increase the skin recovered in some cases by 100%. And that really helps them maximize the gift of the donation and provide more skin to burn units,” says MacKinlay.

In 2017, the company launched another product – a surgical device called the Amalgatome ® SD to treat burn and trauma patients in the operating room. It allows surgeons to remove damaged tissue and recover skin for autografts (skin grafts from the burn patient) faster and better – minimizing operating room time and helping patients heal faster. Six years since launch, Exsurco is now standalone and profitable. The company has grown 30% a year and gone from four employees to 22. The Amalgatome ® MD has captured 85% of the tissue bank market in North America. And after only three years, the Amalgatome ® SD is already used in more than 50 of the largest burn units in the U.S. 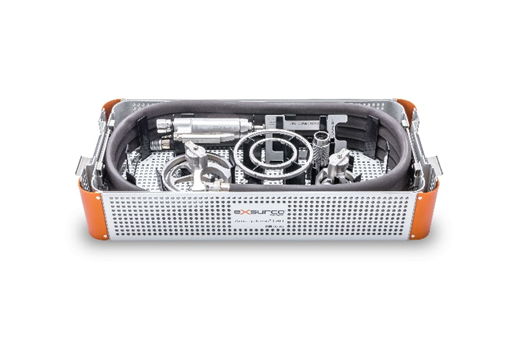 MacKinlay is incredibly proud of what her team has accomplished. She knows all too well that a thousand different things could have killed this idea. Customer service could have hung up on that fateful call. Bettcher could have decided the leap from meat to medical was a bridge too far. The regulatory hurdles could have been too high. From the outside, many might have viewed this as a risky bet for Bettcher. But the company didn’t. Empowered by a rich history of innovation going back decades, it believed it could manage any downside. Bettcher saw the green light of opportunity versus the red light of risk.

And that’s definitely a mindset more manufacturing entrepreneurs and innovators need.“Cleveland still has a risk-averse culture. We are slow to adopt new technologies. We are slow to see how the world is changing. We are too conservative in how we approach investment. That risk-aversion is holding us back from innovation and growth and embracing transformation,” says Baiju Shah, President & CEO of the Greater Cleveland Partnership and head of the Cleveland Innovation Project. 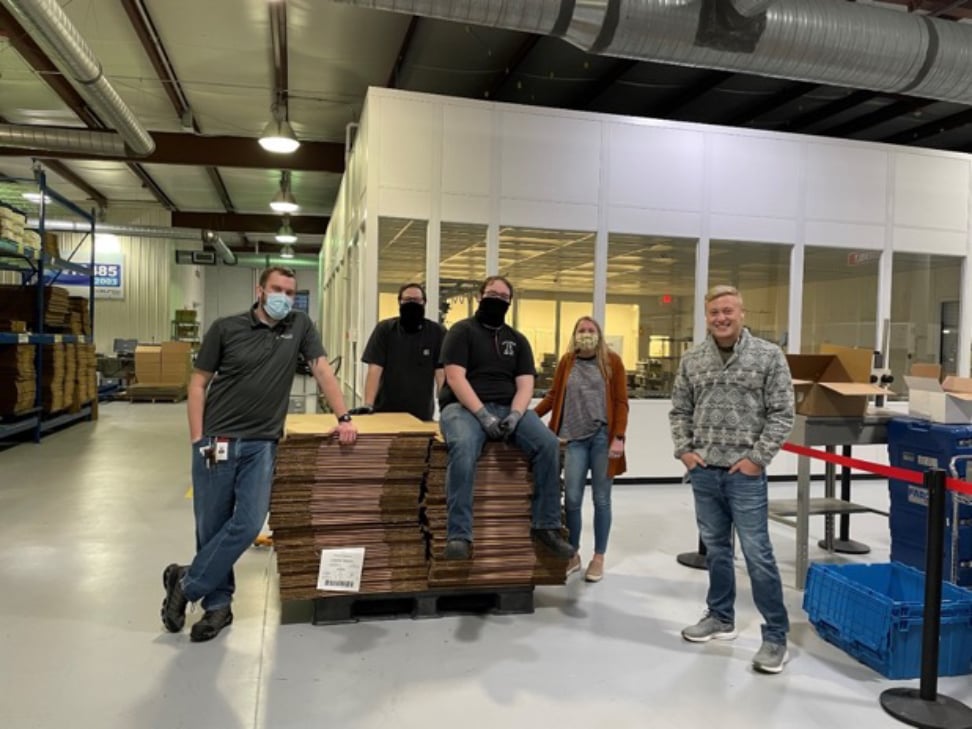 Members of the Exsurco Medical team in Wakeman, Ohio.

In this case, Bettcher took the leap because it saw the Exsurco spin-off not as risky, but as a smart investment in diversifying and opening new growth avenues. And that’s an ethos Exsurco is carrying forward. After a home run on the first product, it might have been tempting to pause on the innovation pipeline. But MacKinlay says that would have been a fatal mistake.

“We are continuously thinking about our longer-range portfolio and not just consumed with the here and now. We have a vision of where the company wants to be, what products customers need, what services we need to differentiate. And we continue to innovate and focus on that. As we were launching these products, we were building very tight networks with our customers and getting their input, ‘What else do you need? How can we help?’ So, we formed this really interesting incubator with voice of customer at the center. And I think that kept us grounded. It kept the ideas flowing. And it’s not just waiting for our next big product that’s going to come and be transformative. It’s the many small steps along the way where we’re always looking at a process and saying, for example, ‘This is too cumbersome. Let’s change it. Let’s try a different way,’” says MacKinlay.

Flip the switch on how you think about risk. Look at innovation as both big breakthroughs and continuous improvement. Put the customer at the center of how you incubate ideas. That’s how Exsurco plans to continue innovating its way to global growth as it navigates a new move into the European market. MacKinlay believes in her company. She also believes that Northeast Ohio can be a leader in manufacturing innovation and a home for many more startups, if the region comes together to offer more support.

“The innovation ecosystem, obviously it’s critical, and we really want to be bringing more companies to Northeast Ohio that see an environment where they can be successful, where they can have access to great technology and resources. One thing I really love about the area is that ability to lean into other manufacturers and other companies and just have the dialogue. It always starts with best-practice sharing, but great relationships and great ideas come from sharing. That really is the recipe.”

As for Exsurco, she says “the world remains our oyster.” The company has big plans for 2021 – another new product launch, continuous innovation of its service model and, of course, continuing to fill the pipeline with more great ideas to help surgeons, tissue banks, and burn patients. 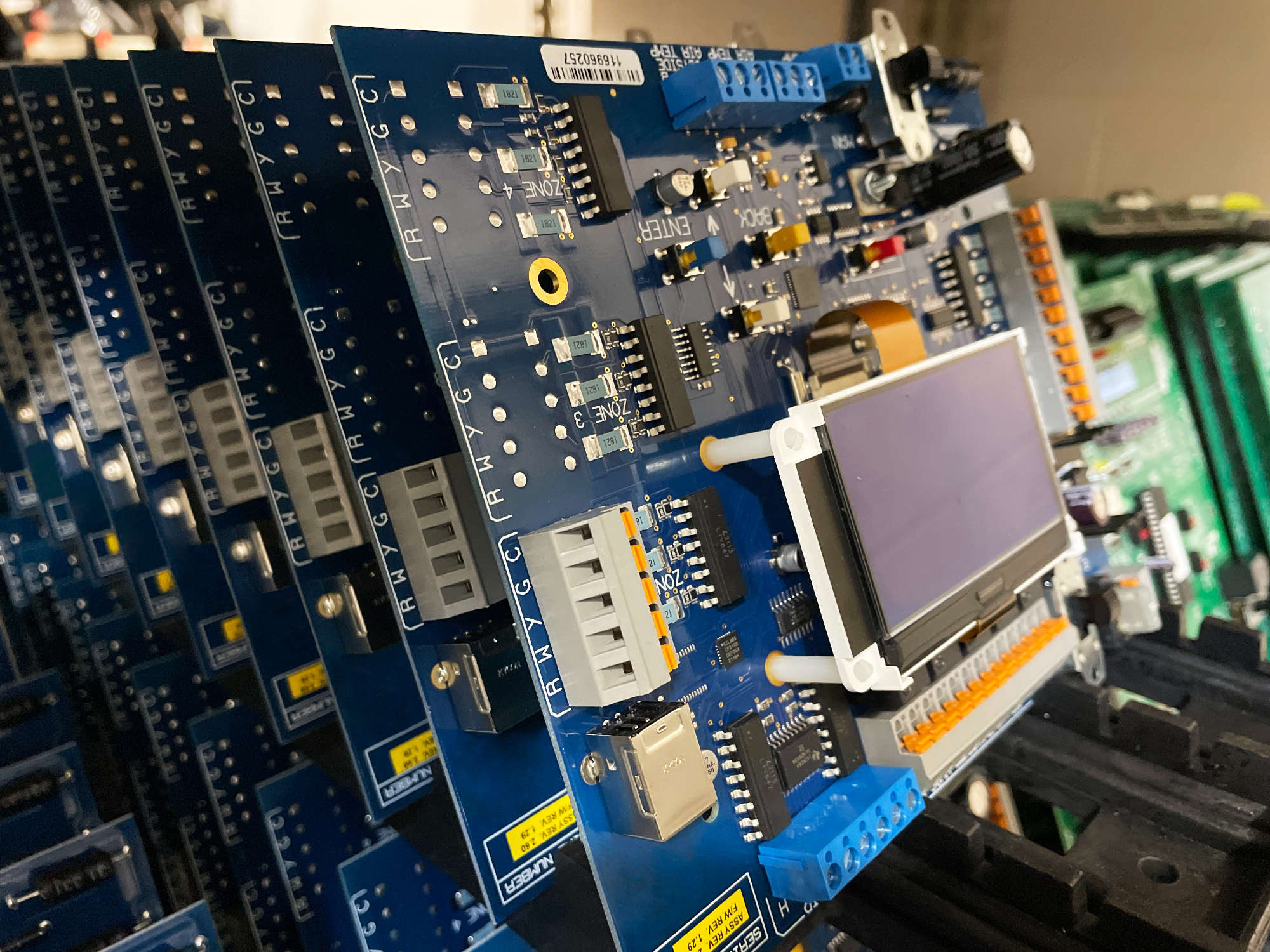 QualTech Technologies: Innovating What it Means to Be a Contract Manufacturer 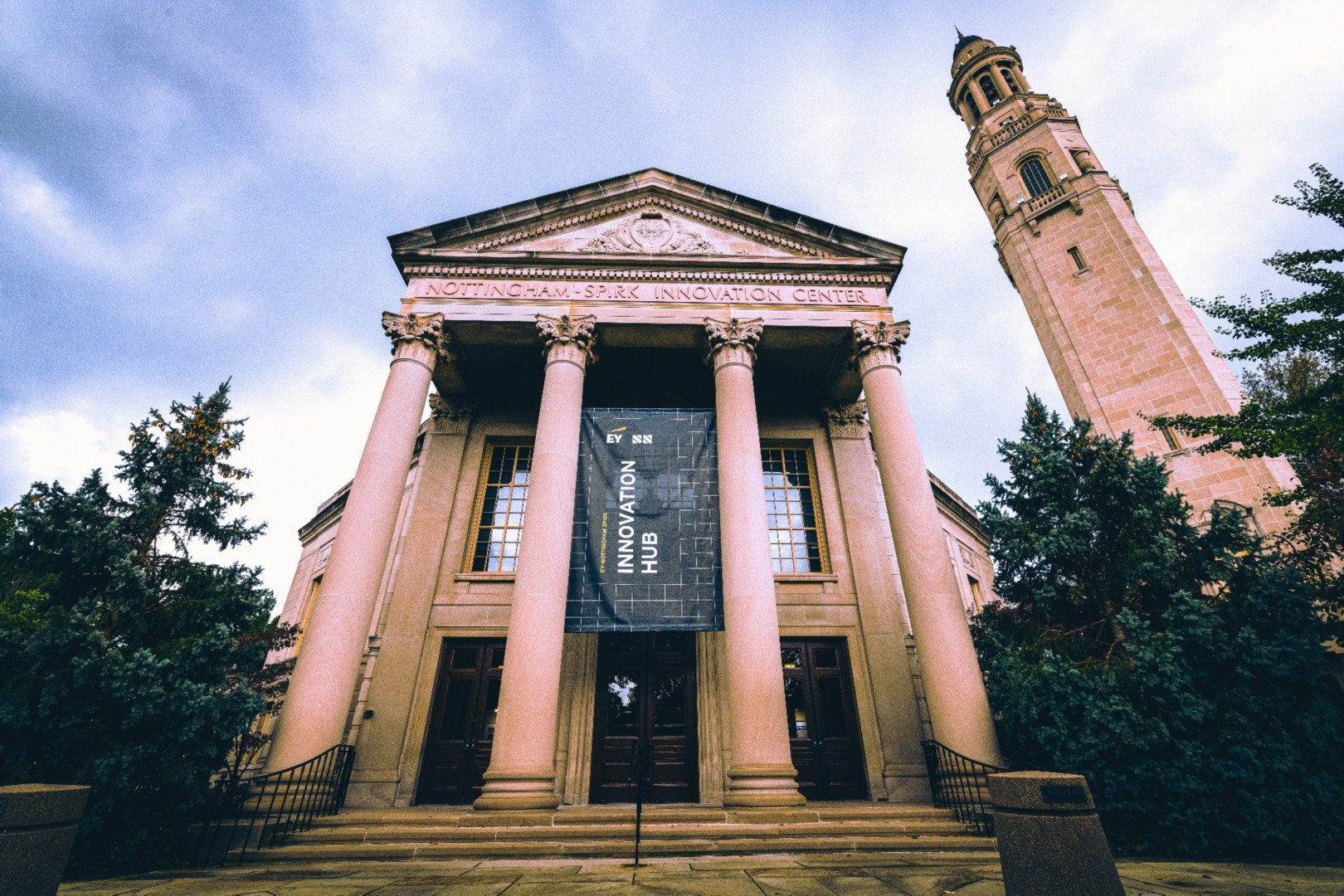 The EY-Nottingham Spirk Innovation Hub: Reimagining the Future of Manufacturing 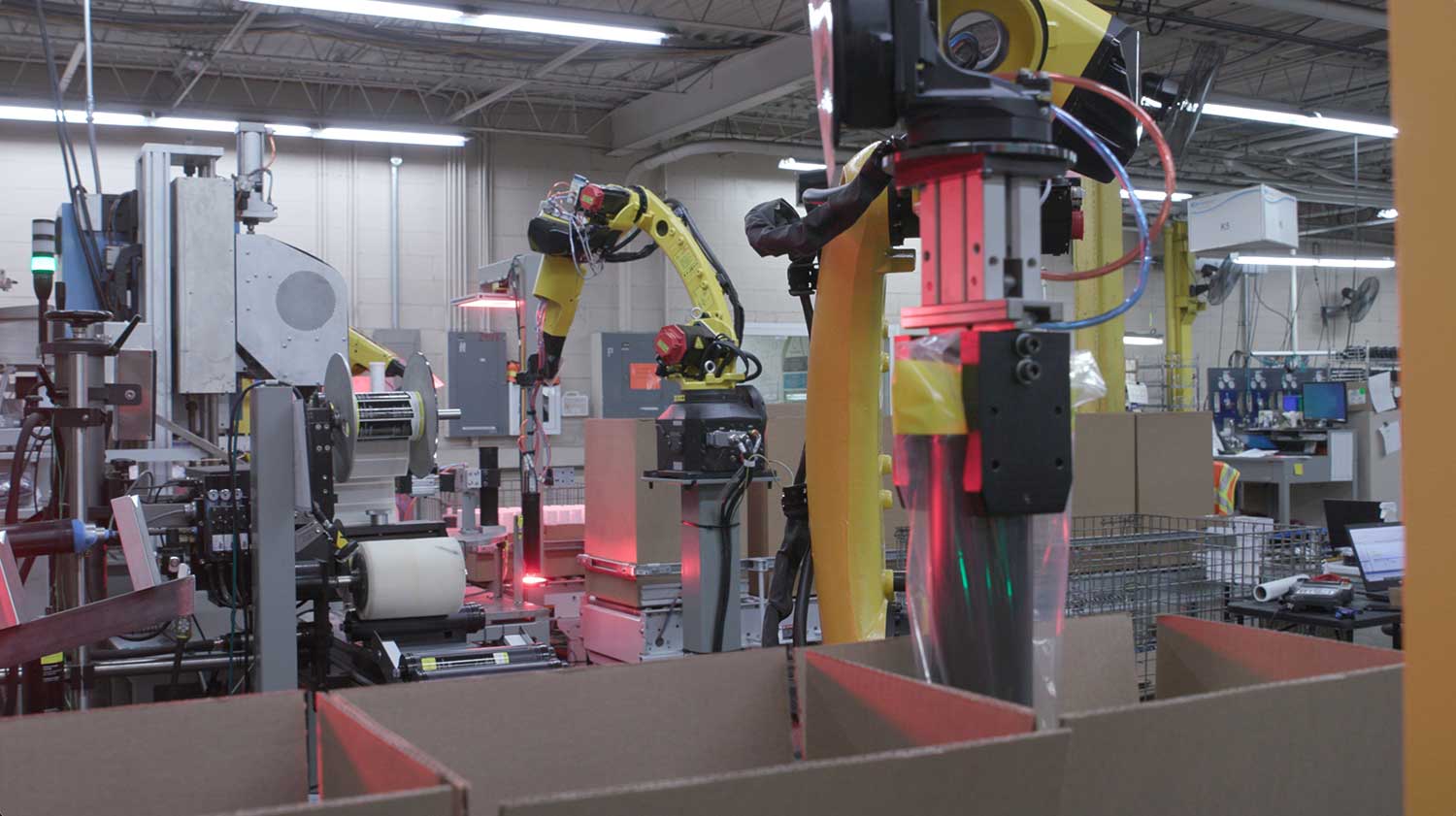